The Hanged Man features music as vital, beautiful, emotional and uncompromising as any in the history of Australian rock. Take the time to accept this incredible musician and his art.

Ian McFarlane (Author of ‘The Encyclopedia of Australian Rock and Pop’) ​ 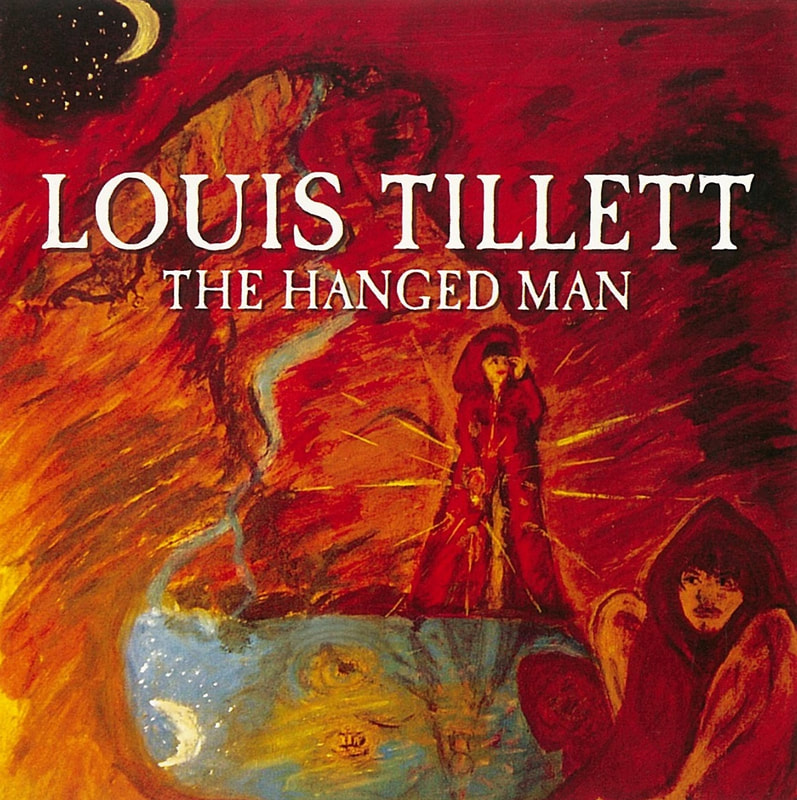 The Hanged Man, an exemplary return to form and a solo release in the truest sense. Louis recorded The Hanged Man in Bangkok, Thailand in July 2004 with a local engineer called O, and it focuses squarely on his skills as a song writer, producer, singer and multi-instrumentalist par excellence – a remarkable achievement from a remarkable musician."
Ian Macfarlane (Author of Australian Encyclopaedia of Rock and Pop) 2005

​Press Release for THE HANGED MAN in Feb 2005
Throughout the 1980s and 1990s LOUIS TILLETT provided a commanding and distinctive presence on the Australian alternative music scene. He was a softly spoken individual, yet it was his rich baritone singing voice (once described as “burning like a deep wound… like it’s oozing from the cracks of a tomb”), characteristic keyboard technique and exceptional song writing skills that earned him a reputation as an artist of considerable imagination, authority and conviction, and as a sideman of redoubtable stature. In addition to leading groups like the Wet Taxis, Paris Green and the Aspersion Caste, his work as a backing musician with Catfish, Ed Kuepper, the New Christs and Tex Perkins kept him firmly in the public eye.

Louis’s first band, the Wet Taxis, commenced life as an experimental outfit in the manner of fellow Sydneysiders Severed Heads and Scattered Order before taking on a tougher 1960s-influenced direction. Their classic debut single on the Hot label, ‘C’mon’ (1984), boasted an authentic garage/R&B sound heavily influenced by such American garage/punk bands as the Moving Sidewalks, We the People and the Chocolate Watchband plus legendary Australian group the Atlantics (who originally issued the song as ‘Come On’ in 1967). Alongside the likes of Died Pretty, the Celibate Rifles, the Lime Spiders, the New Christs, the Hoodoo Gurus and the Eastern Dark, the Wet Taxis came to epitomise the Australian garage rock sound and aesthetic of the 1980s. The band’s only album was the appropriately named From the Archives (Hot, 1984).

The 1960s garage rock sound served the Wet Taxis well, yet Louis was constantly in search of new musical terrain to explore. This led him to the acoustic-based No Dance side project with Died Pretty’s Brett Myers and Celibate Rifles’ Damien Lovelock (one EP, ‘Carnival of Souls’ in 1984) and the improvisational jazz/blues-influenced Paris Green ensemble which covered material ranging from Mose Allison and John Coltrane to Ray Charles. Following the release of the Wet Taxis single ‘Sailor’s Dream’ on the Citadel label (1987), Louis folded the band and immediately recorded his debut solo album Ego Tripping at the Gates of Hell with support from a stellar array of local musicians including guitarist Charlie Owen and drummer Louis Burdett. The album relied upon a brooding intensity for its emotional effect, yet there was always a lighter more positive side as displayed on tracks like ‘Trip to Kalu-Ki-Bar’.

His next band the Aspersion Caste included Owen, Burdett, ex-Wet Taxis guitarist Penny Ikinger and a powerful horn section and was heard on A Cast of Aspersions (1990) and its astonishing single ‘Condemned to Live’. A Cast of Aspersions was an eclectic and potent exploration of mood and emotions driven by Louis’s booming baritone voice and smouldering organ, jagged guitar lines and the swinging brass arrangements. Louis kept the Aspersion Caste on the road (including performances in Europe and New York) until 1992 when he recorded his next solo album Letters to a Dream. In 1995, he collaborated with Owen on the album Midnight Rain before they joined Ken Gormly and Jim Elliot (from the Cruel Sea) as backing musicians for Tex Perkins, on tour to promote his 1996 solo album Far be it From Me.

Louis released his last album, Cry against the Faith, in 1999. As well as travelling overseas and succumbing to bouts of ill-health due to his well-publicised battle with alcoholism, he continued to put in occasional live performances around Sydney (often with help from Gormly and Elliot). An ABC-TV documentary produced a few years ago on the man, A Night at Sea, provided rare insight into his role as a performer and his struggles with personal demons. He has now emerged in 2005 with renewed vigour. All of which brings us to his new album, The Hanged Man, an exemplary return to form and a solo release in the truest sense. Louis recorded The Hanged Man in Bangkok, Thailand in July 2004 with a local engineer called O, and it focuses squarely on his skills as a song writer, producer, singer and multi-instrumentalist par excellence – a remarkable achievement from a remarkable musician.

The deep connection to the blues/jazz/swamp rock feel essential to his sound has remained, yet there is so much more. One only has to listen to the nine brilliant tracks to hear the emotional outpouring on offer here. Louis has opened his heart and soul, faced down his demons and overcome his fears in the most cathartic way – song writing and recording as personal therapy.
With lyric lines throughout the album as compelling and insightful as the following:

…this is Louis embracing the very joyousness of a bright future.
​
Ian McFarlane
(Author of Australian Encyclopaedia of Rock and Pop) 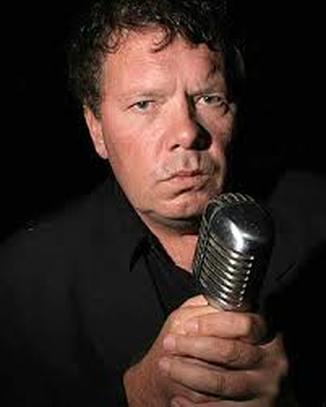 Review of The Hanged Man from The Age

​Sticky Carpet
By Jo Roberts
August 5, 2005
Hanging loose
He's a sailor, songwriter, singer and multi-instrumentalist. He's an Australian music icon, and a revered artist in Europe.
He's also spent more than a third of his life in psychiatric institutions, battling depression and schizo-affective disorder.
But to hear Louis Tillett on the phone from Sydney this week, you'd be hard-pressed to speak to a happier man.
The former Wet Taxis frontman is returning to Melbourne to debut his latest album, The Hanged Man, at the Tote this Sunday.
Tillett, 46, has lived a fairly itinerant life, dividing much of his time over the years between Sydney and the Greek capital, Athens.
And it has been such a wild, story-laden ride that it was the subject of a 1999 documentary, A Night at Sea, which explored Tillett, his music, his illness and his love of sailing (he has abandoned music for sailing several times, he says).
Despite the album's seemingly morose title, The Hanged Man refers to the tarot card of the same name, which usually indicates personal loss for a greater gain; self-sacrifice for survival.
Has Tillet done that? "I think so," he says.
"What I had to let go of is a lot of the past and a lot of my attitude - just change my thinking. Because hanging on to negative feelings closes me off to all the positive things around me."
Even the treatment that Tillett says has helped him enormously has come at a price. In 2003 he began electroconvulsive therapy, or ECT.
"It's the most effective treatment but has the most side effects," he says.
"It cleared my mind but it really stuffs your memory. I would bump into people I'd known since I was a kid and I was like, 'Sorry, do I know you?' But I don't have psychotic delusions (any more) and the most dreadful depression has broken . . . my friends are saying that it's the best they've seen me in 25 years."
Tillett is looking forward to his upcoming gigs, which he will perform solo; just his piano and his deep, sonorous voice.
He plans to return to Melbourne in several weeks with his band, featuring Ken Gormly on bass, former Slim Dusty guitarist Colin Watson, and former Wet Taxis and New Christs drummer Nick Fisher.
Meantime, catch him this Sunday at the Tote with the Devastations, the Soldiers and Laura Jean.
http://www.theage.com.au/news/music/sticky-carpet/2005/08/04/1122748708985.html
Also cited on SANE Australia website – as a “Good News” article

An SMH Review of The Hanged Man

​Gravel and hellfire piano guy still swinging from the rafters.

By Michael Dwyer  October 19, 2005
Released in June this year, The Hanged Man is a worthy addition to a modern gothic discography that began with Ego Tripping At The Gates Of Hell in '87 and most recently encompasses Learning to Die and Cry Against Faith. The incantations of piano man Louis Tillett are not for the light-hearted.
Tillett found his first audiences with legendary Sydney outfit the Wet Taxis in the late '70s, a difficult listening odyssey that evolved from experimental industrial music to dark garage blues. Loose pub combo Paris Green followed, in tandem with an impressive sessions resume that now lists Ed Kuepper, Tex Perkins, Don Walker and Died Pretty's Brett Myers.
Tillett made The Hanged Man in Bangkok last year, accompanied only by an engineer named O and his usual league of leering demons. From Four Walls and No Back Door to Teary Eyes, it's a full-body immersion in anguish that ought to delight a cult audience that spans from here to Europe.
http://www.smh.com.au/news/cd--gig-reviews/louis-tillett/2005/10/19/1129401306025.html

Four Walls and No Back Door

Back from the Sea