By late 1984 Tillett was working with a side project, Paris Green, with a core of himself, Raoul Hawkins on bass guitar, and Jeffrey Wegener on drums (ex-Laughing Clowns) joined by "a loose aggregation of musicians".

Paris Green "covered material ranging from Mose Allison to John Coltrane, Ray Charles to Nina Simone, and on any given night there was as many as nine or ten musicians on stage".

Ian McFarlane (Author of Encyclopedia of Australian Rock and Pop) 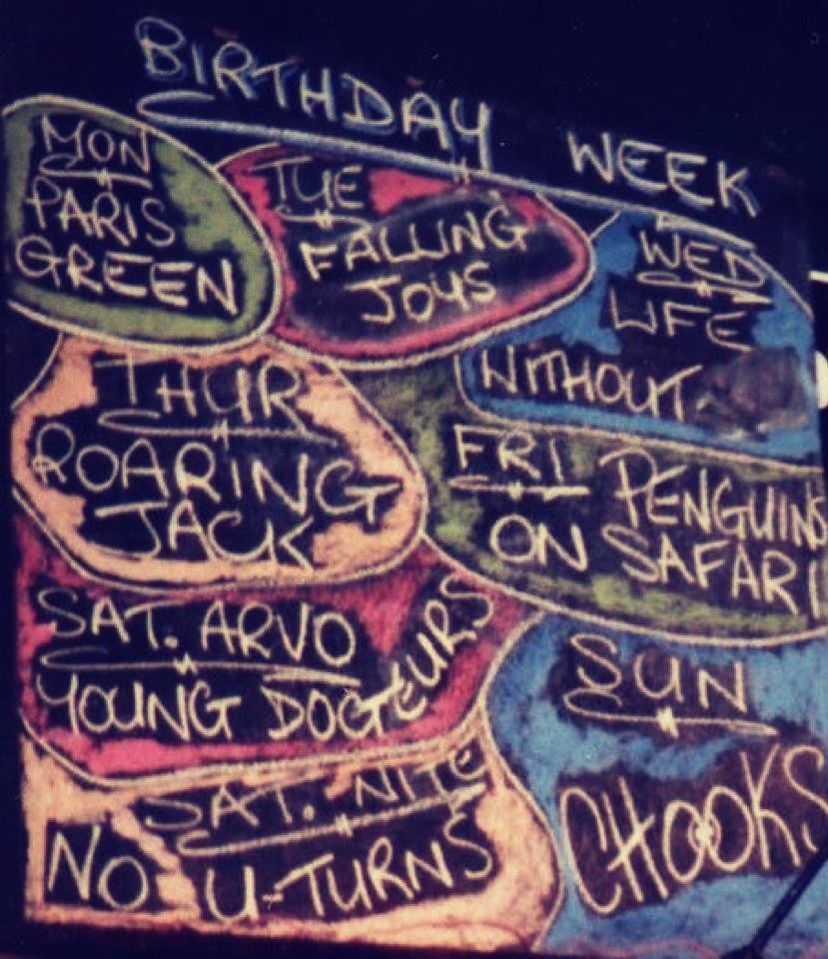 BUY the RETROSPECTIVE:
TO RIDE A DEAD PONY
Read the comprehensive Liner Notes for
​ To Ride a Dead Pony
by John McPharlin for more insights into Paris Green. 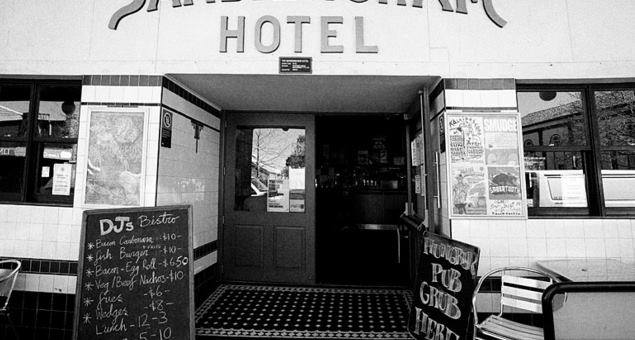 Here's a short summary about the Sandringham days...when Paris Green,
among other Sydney bands, were setting Live Residency records!
http://thenotebookof.blogspot.com.au/2006/07/pers-memories-of-sando-and-best.html 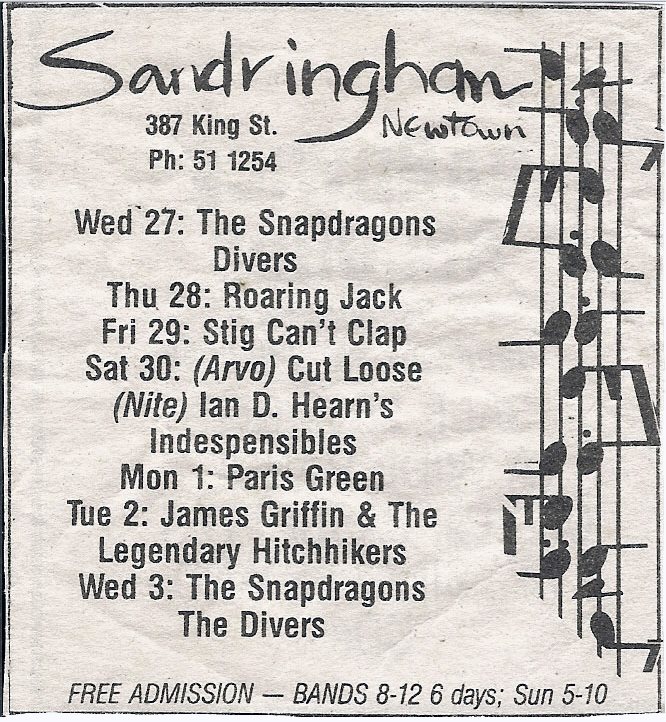 The Sandringham Hotel was but one of many venues and residencies for the long running live and
ever-changing lineup of Paris Green, but it has a strong association in the hearts and minds of many. 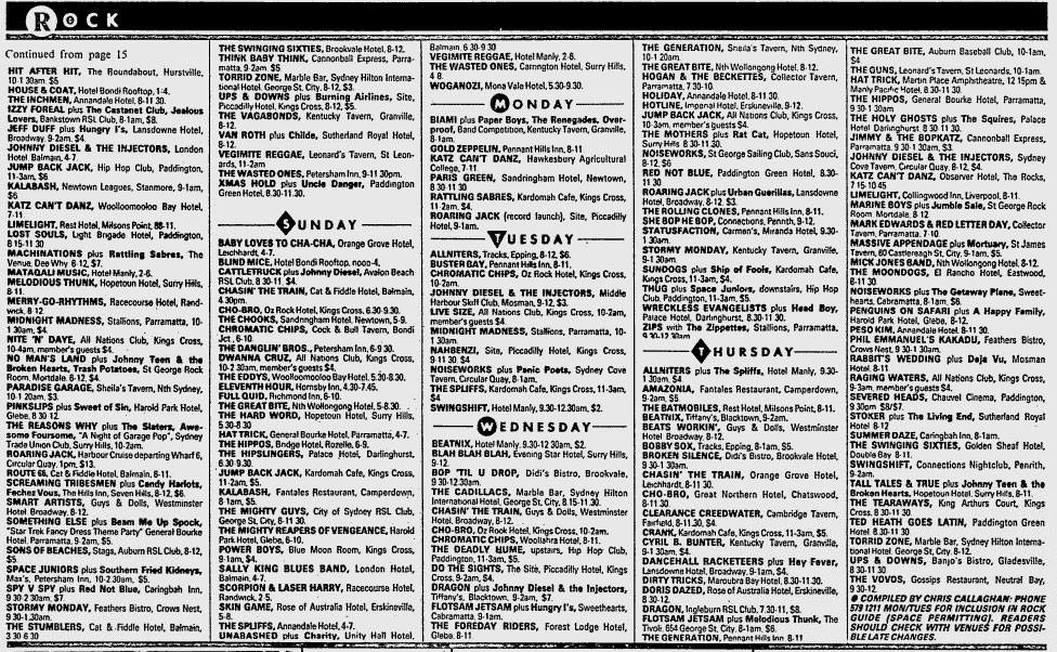 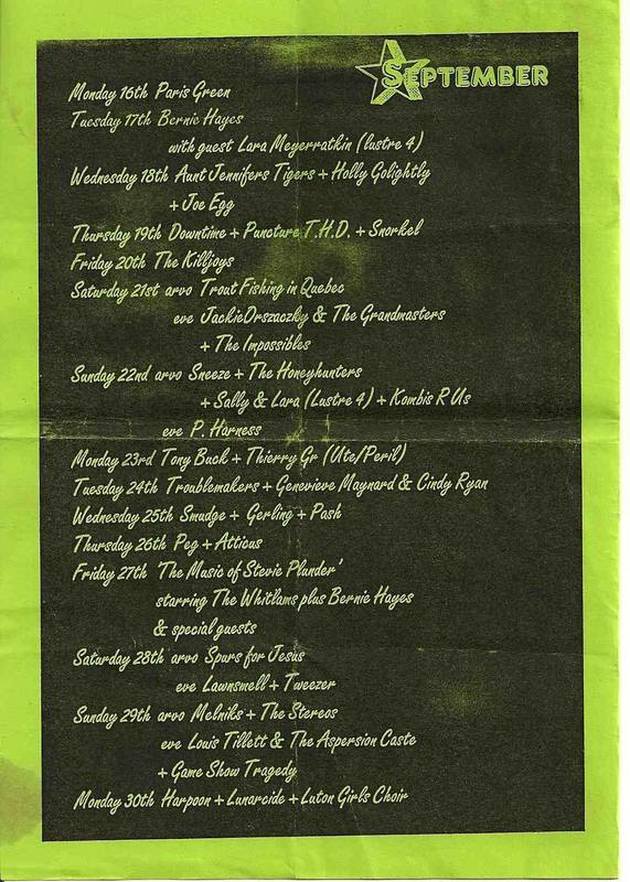 Back to the Sandringham 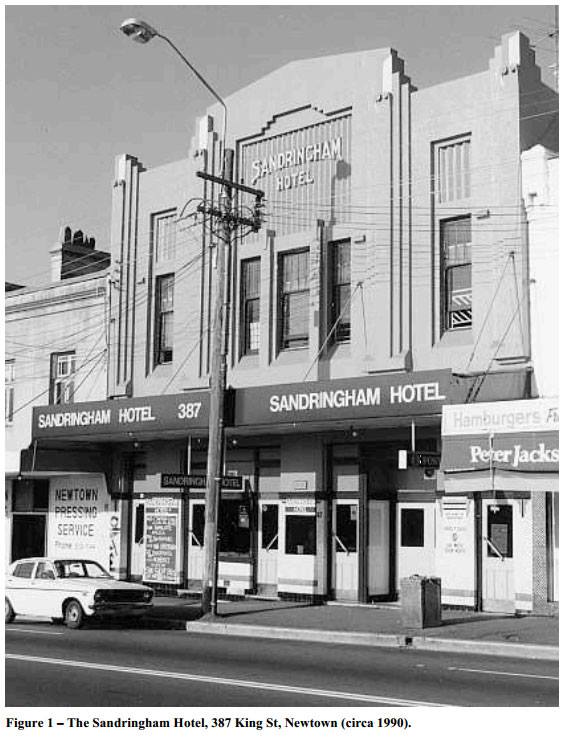 Louis Tillett, a big man with a troubled soul and a stirring voice, was the focal and vocal point of a succession of bands - all of which were called Paris Green. They sweated out the blues from the mid-'80s for a decade's worth of Monday nights at Newtown's Sandringham Hotel. If the band was a revolving door - Louis Burdett, Charlie Owen and Ed Kuepper walked in, walked out, walked in again, passed out, woke up, walked out again - Tillett was its axis. He's back playing a free residency downstairs at the Sando on Sundays from 4pm.

Incredibly, we have 4 Videos of Paris Green. There may be more out there. But if you want
something higher quality of this line-up to listen to...go to the To Ride A Dead Pony page.
Parchman Farm
Shotgun Blues
On Your Way Down
Leavin' Here