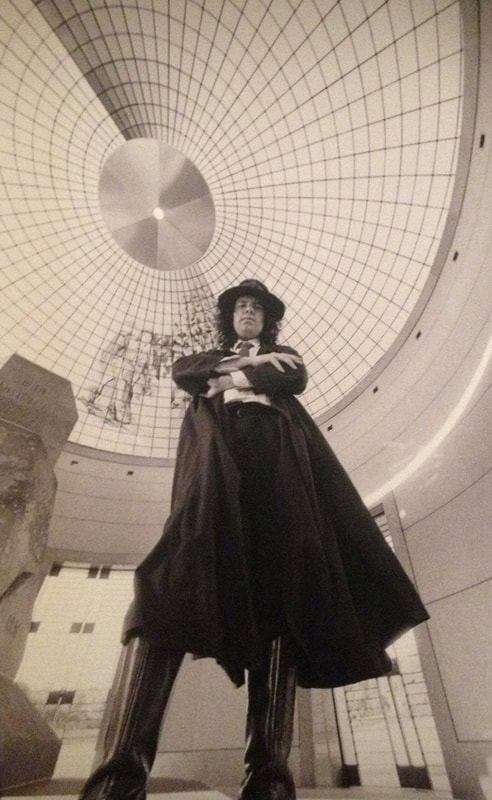 Louis brings the core of his band The Art of Darkness to light in a new and exciting combo, as we premiere the LT3, and it’s combined experience of 100 years of live playing, right here in Marrickville. This is something you are unlikely to see on a regular basis.
Louis, with his trademark baritone vocals and blues/rock piano style, combines with John Maddox’ unique virtuosity on Bass and Colin Watson’s thoroughbred Guitar expertise and feel, to bring Louis’ repertoire into a dangerous new place. You may remember Louis from his dozen “solo” albums and pioneering improv ensembles like Paris Green, or his thunderous big bands, such as The Aspersion Caste. He has also been a featured pianist on recordings of such legendary Australian acts as Died Pretty, Beasts of Bourbon, Laughing Clowns, and Tex, Don & Charlie, and many others. In International circuits he is billed as the Rockpoet of The Night, and he is held in the same high esteem and written and filmed in the same publications and TV specials as his peers John Cale, Leonard Cohen, Nick Cave and Tom Waits. UK Rolling Stone called him The Dark Giant.
He rarely plays in Australia, preferring to “ride on the tide and the wings of the wind”, as so much of his music alludes to, him being a full time sailor. After more than 2 years since The Art of Darkness last played, which filled The Factory Theatre in 2017 and 2015, this night will present a rare opportunity to catch Louis in an intimate and dynamic environment, where, keeping the band small and tight, each performance takes on it’s own life and direction, leaving all three players to leave the script, to allow them to take the music where it needs to go at that particular time. Louis Tillett, as a musician and a bandleader is synonymous with the Sydney Live and Underground music of the 80s, 90s and 00s. Come and find out why he is often touted as a National Living Treasure.
Tickets HERE (Click on this link)

Here's a COLLAGE of just SOME of the
NEW BUDGET RANGE of
LT3 CONCERT POSTER
​inspired TEES..
(HEAD ON OVER TO THE SHOP PAGE
​AND HAVE A BROWSE FOR FUN) 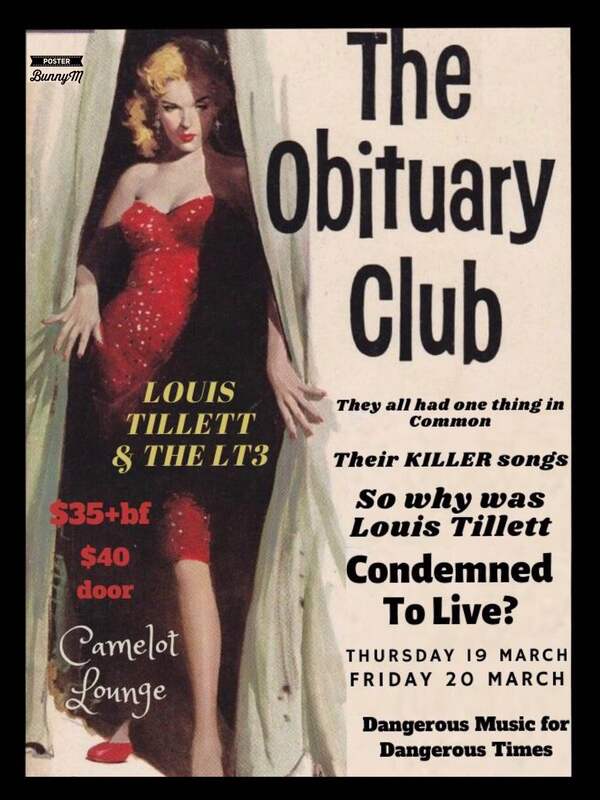 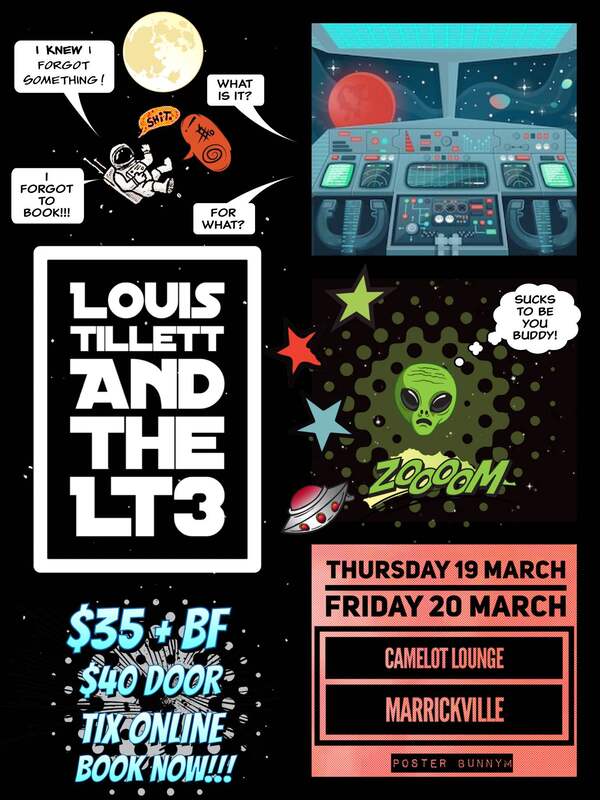 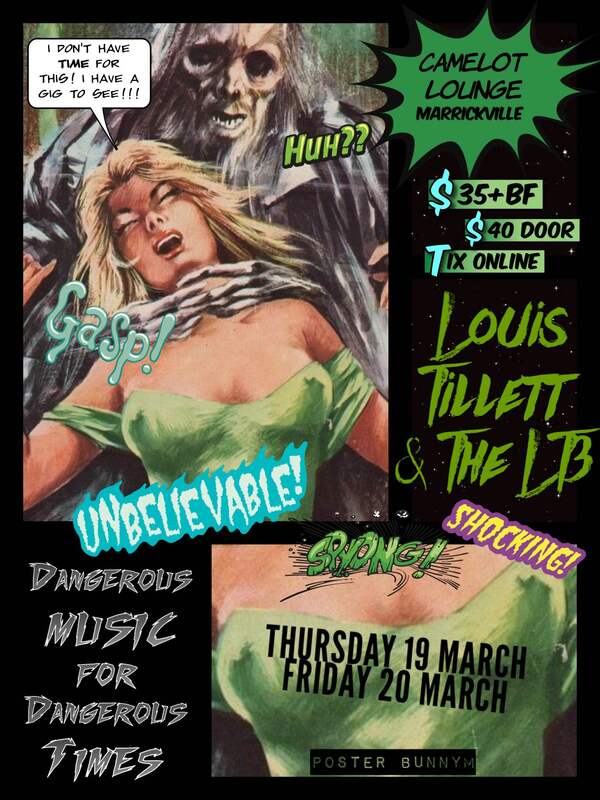 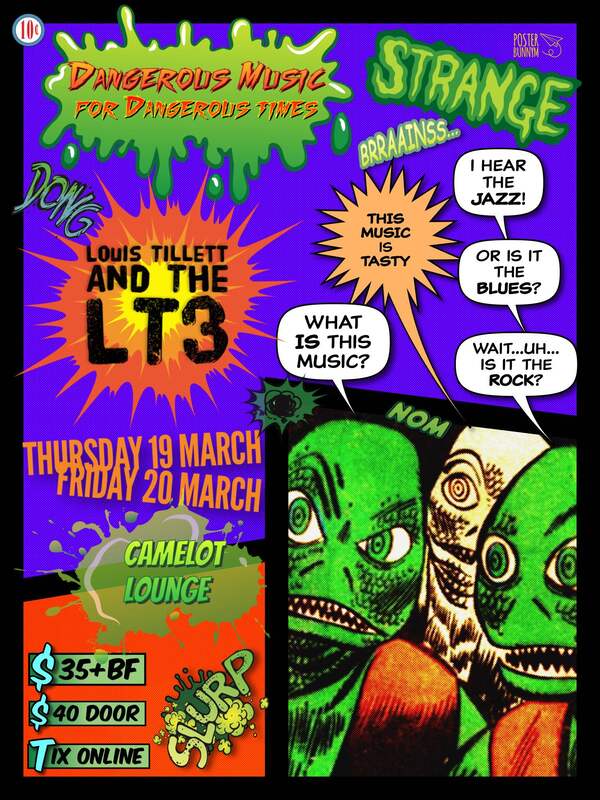 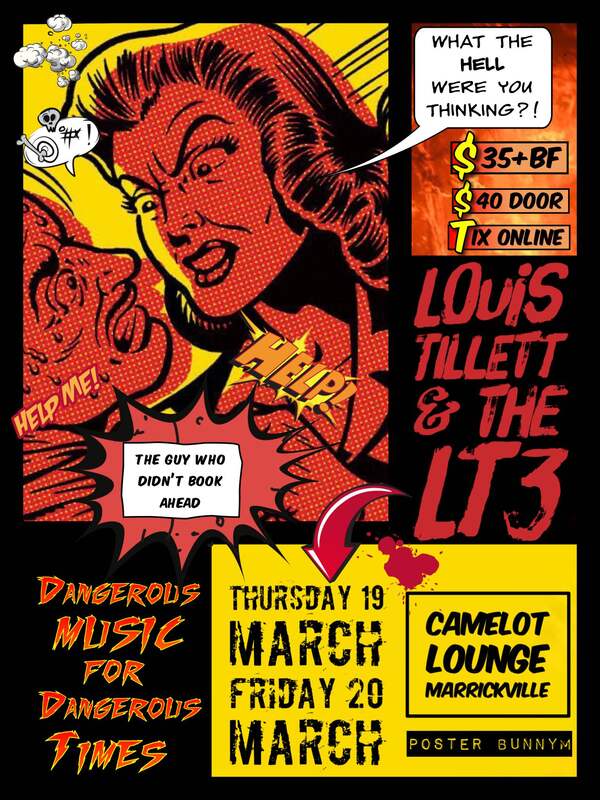 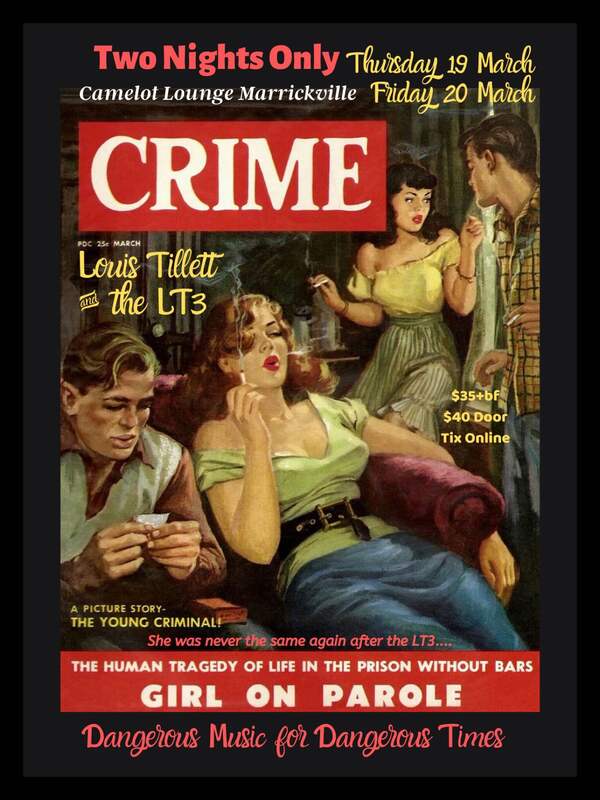 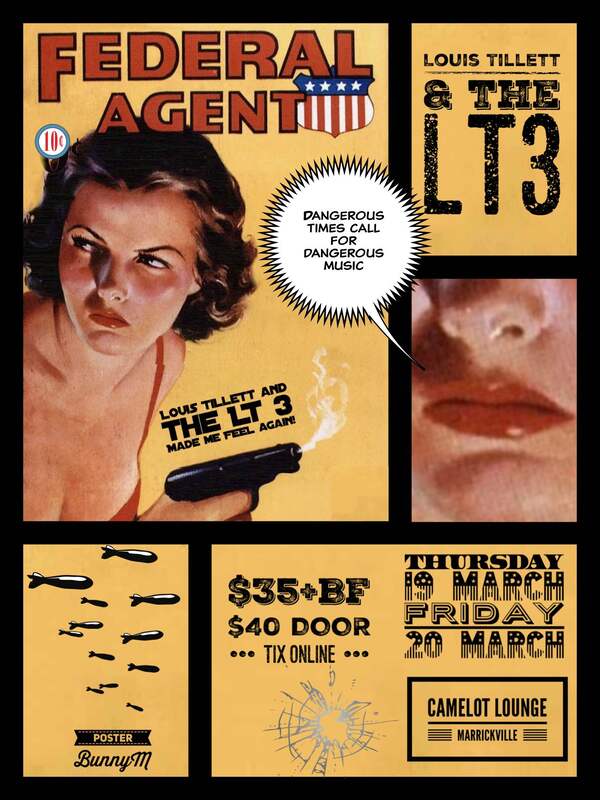 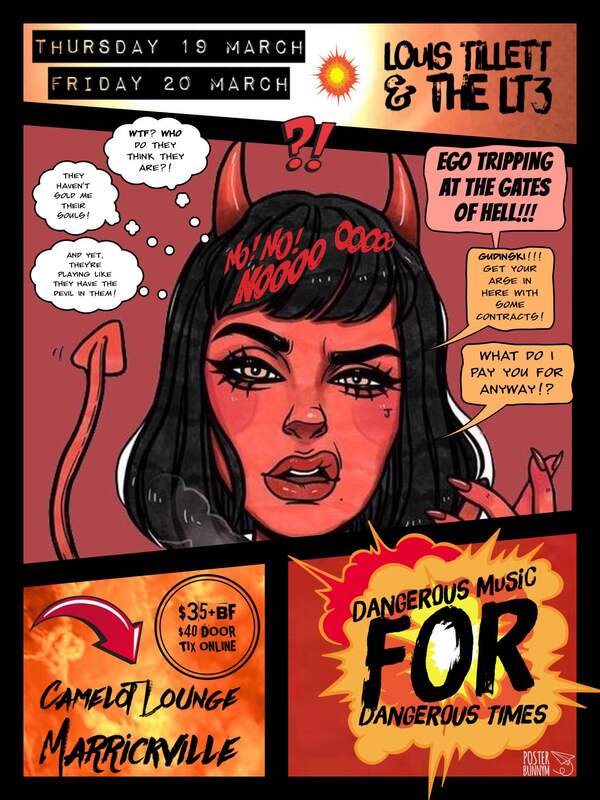 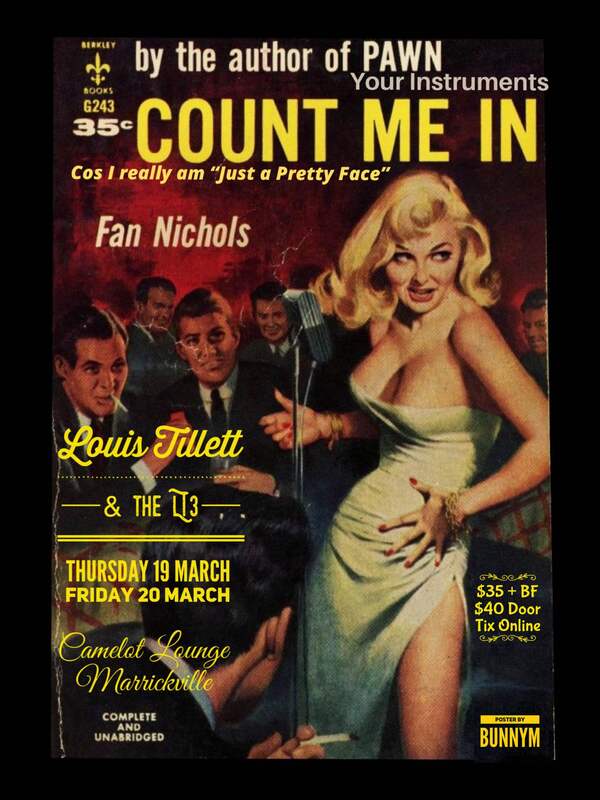 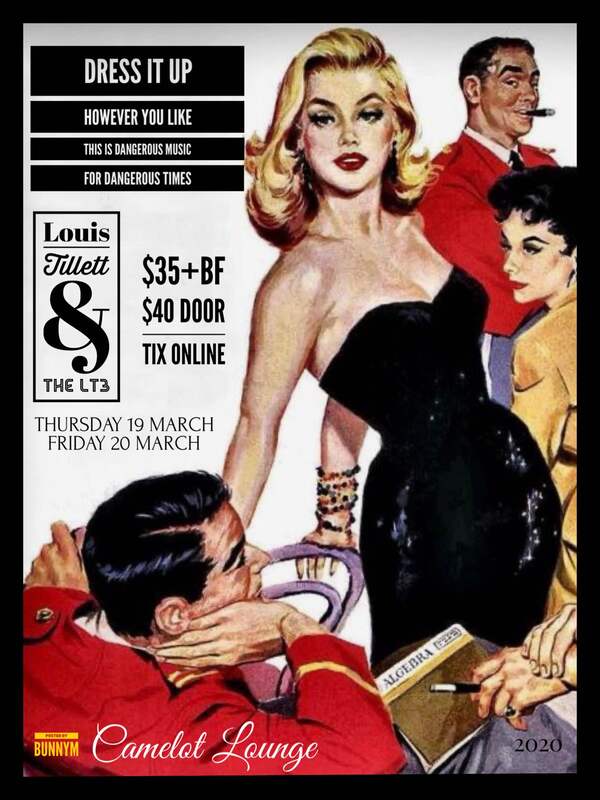 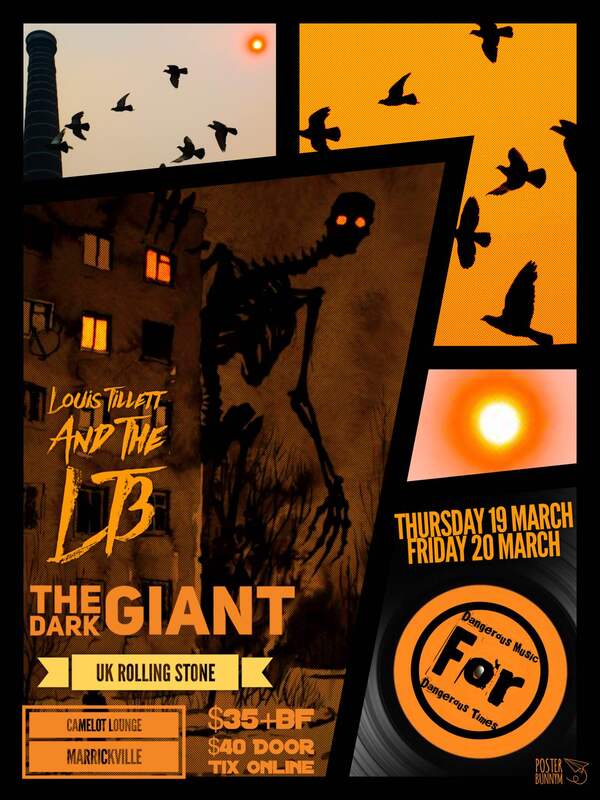 "Ego Tripping at The Gates of Hell"

After receiving overwhelming requests and general interest from Fans around the world, both her, and on Social Media.....there will be a RE-RELEASE of this much-loved Album.

This was THE  Break Through Album for Louis Tillett.
It became a Landmark Album for so many fans in Australia and International Underground Music circles.

Go to the dedicated page HERE for the reviews from 1987 and more recent reviews. 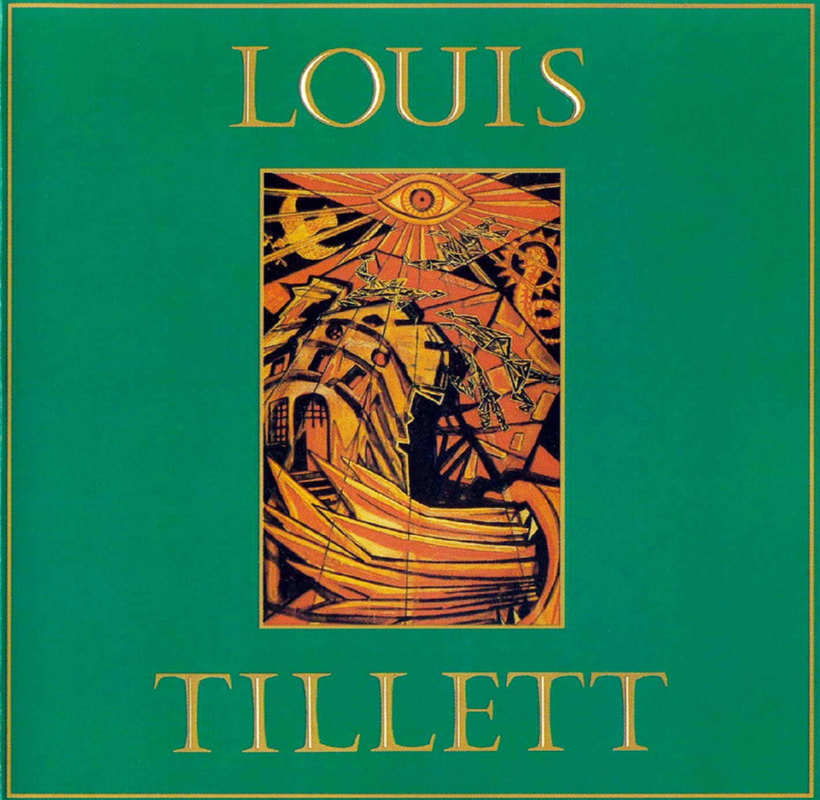 "To Ride A Dead Pony"

This Retrospective is available on Spotify, Apple Music,
Tidal, Deezer, Amazon, Bandcamp and others...

​I believe there is no better time to be an Independent Musician or Artist or Writer.

And, in celebration of this new platform, it gives me great pleasure to introduce and
release the long awaited (& remastered) Retrospective:
​To Ride A Dead Pony 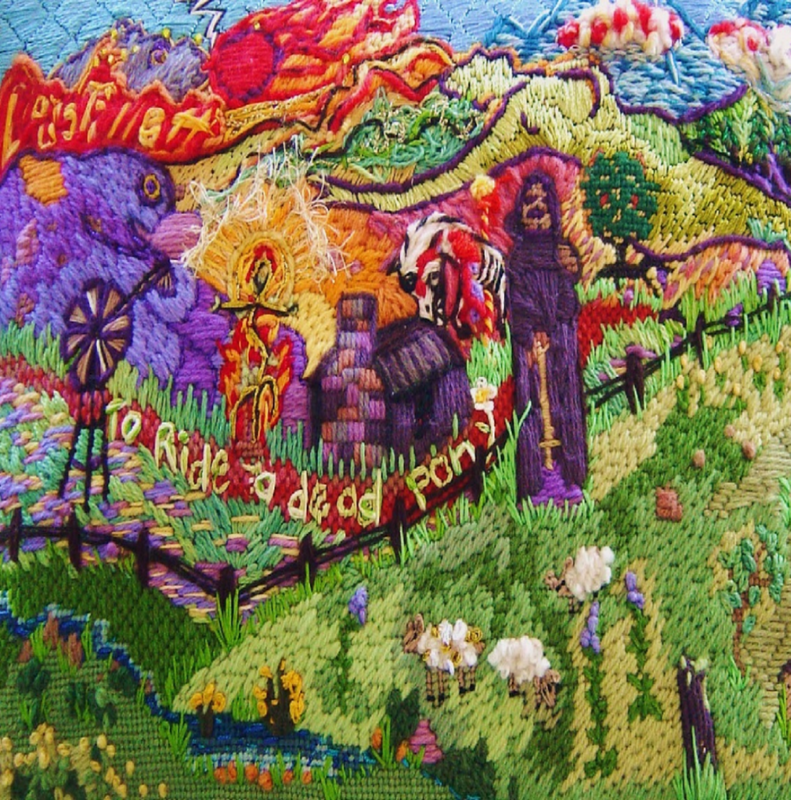 For key insights, and context for listening to "To Ride A Dead Pony", please also visit The Vault to listen to the 11 part series, ​recorded weekly, back in 2010/11 with the legendary Irene Barrett, for 2BOB community radio. There are also many other relevant pages such as the dedicated Wet Taxis and Paris Green pages ​and the To Ride A Dead Pony page featuring the comprehensive liner notes, music videos and playable music files.

All of the Albums (to date) are now available on:
​Spotify, iTunes, Apple Music, Google Play/YouTube,
​Amazon, Pandora, Deezer, ​Tidal, Napster, iHeartRadio,
ClaroMusica, Saavn, MediaNet and more.
Links to these Platforms are on
the Links and  Music Pages.

"I Can Only Give You Everything"

This Current Site is very Comprehensive for Dedicated Fans and as a Living Archive for the National Film and Sound Archives of Australia.