A Cast Of Aspersions

A Cast Of Aspersions is a potent brew of blues, jazz and swamp music, all delivered with deep-voiced medicine show zeal. An oddball collection of stories, the first single to be lifted was Condemned To Live, which attacks the Ku Klux Klan by assuming the character of a klansman and allowing klan bile to affect the listener directly." Jon Casimir. Sydney Morning Herald. 1990. 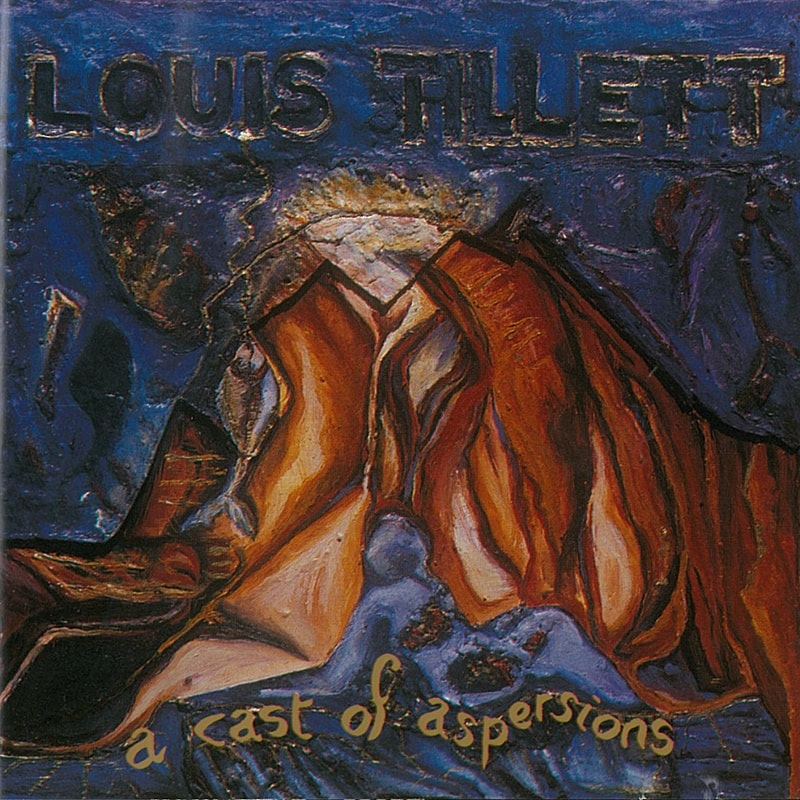 ONE of the lone wolves of the Sydney independent scene, Louis Tillett, whose keyboards have brightened up records by the Laughing Clowns, Celibate Rifles, Died Pretty and the New Christs, and have formed the basis for his own groups, Wet Taxis and Paris Green, is about to leave us.
Following a short local tour to promote his second solo album, A Cast Of Aspersions, Tillett and his backing band, Aspersion Caste, are off to Europe for a two-month jaunt, after which he will base himself in Berlin, where his records have sold most consistently.
Most of the band will join him there, with indefinite plans as to how long they will stay, but Tillett says he could not return to being a member of a democracy, after six years as a solo performer.
"The variation in the songs that I write requires different line-ups. In a band, people would find it unacceptable to be told that they couldn't play on certain songs. But without that flexibility I wouldn't be happy.
"If some mega-band like the Rolling Stones or U2 asked me to play in the band, I'd say no," he says. "It'd be too much like the public service.
"With a band, the Wet Taxis for example, people pay to hear the Wet Taxis'sound. They don't expect an acoustic duo at one gig and a thrash rock band at another one. You are limited to a particular sound. Once you've got a group of people playing together for a period of time, you start to feel that no-one would come along if you changed your sound, so bands get scared to change too
"There are so many different types of music that I want to play and so many moods I want to express through the songs. On both of the records that I've done so far, there are no two songs that sound the same. This new record really doesn't sound anything like the first one. In fact, I really don't think one could obtain a record that sounds anything like this one."
A Cast Of Aspersions is a potent brew of blues, jazz and swamp music, all delivered with deep-voiced medicine show zeal. An oddball collection of stories, the first single to be lifted was Condemned To Live, which attacks the Ku Klux Klan by assuming the character of a klansman and allowing klan bile to affect the listener directly.
"I was pretty sure that I was going to get a huge bagging for that," he laughs, "that people were going to think it was a pro-klan song, which to me it obviously isn't. It makes it a lot more powerful to take on the first person. It's a lot nastier to have a klan member ranting at you than somebody singing that the klan is bad.
"Bringing out a reaction as strongly as possible is what I want to do. That is the definition of the degree of success of any song. That's why my ambition is to do all these different songs. So many records really have just one song and a bunch of variations on the theme, with very little in the way of dynamics. Ideally, by the time you have listened to the whole record, you have experienced a range of emotions.

"The overall feeling of it is basically hope through despair. The idea was to set up a moody base and put really happy things over the top, as if to say no matter how bad things are, something good will come."
Louis Tillett and The Aspersion Caste play at the Kardomah Cafe tonight and tomorrow night.

This was Louis' only true "Solo" single. 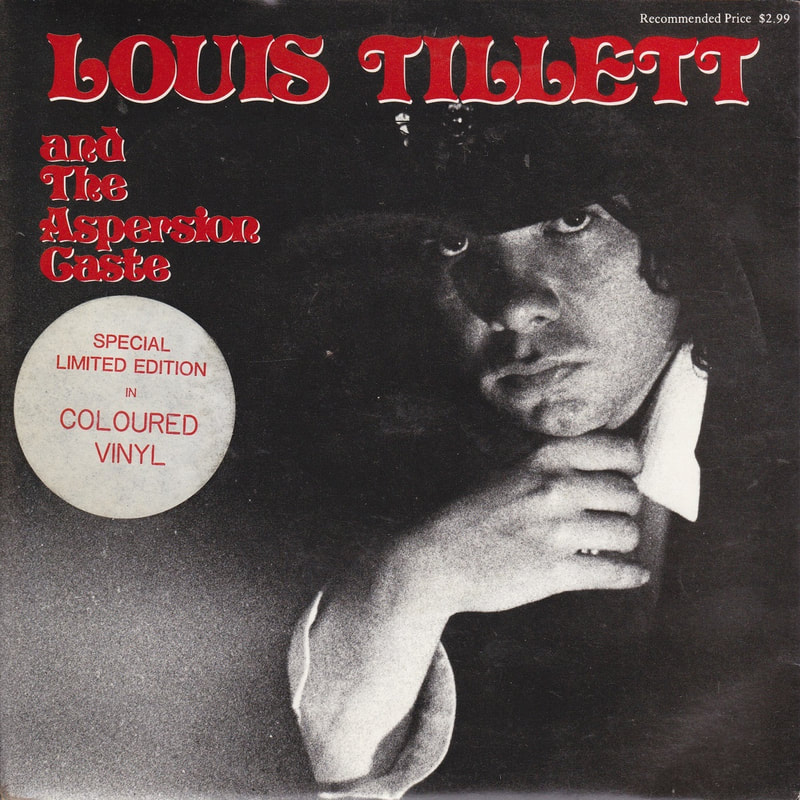 A much loved video featuring members of The Aspersion Caste, and of course, Mandy Pearson's dancing.

From Me To You

Children of the Cave

A Cast of Aspersions